I cross the bridge every day, almost without noticing it. I notice the river – the changing tide means it’s different every day. I exclaim at the height of the water, lapping under the bridge at high tide; or the wide glistening banks of mud at low tide. I notice the library at one end of the bridge, storing knowledge, and the old warehouse at the other – storing nothing, now. I notice the birds – flocks of starlings tonight, flying synchronised patterns over the water – now a wave, now a whale, now a cloud – or gulls hanging in the air, or swooping low over the surface of the river. In the summer there may be children jumping off the low wall along the bridge into the river water. They turn up at high tide, daring each other, laughing at the danger. In the winter there are only fishermen, silent and still as winter air. Perhaps we rarely notice bridges. We were there, we are here, we crossed that river. We neglect the thing that carried us.

“The Isle of the Dead”, Lucy announced, looking up from the guidebook, doubtfully. “It looks rather gloomy”

“You were the one who didn’t want to spend another day at the beach”, Richard reminded her, as they watched the water-taxi depart. The driver shouted some kind of warning at them, but their Italian wasn’t good enough to understand him. Something about drinking?

“I wouldn’t drink the water here, anyway. Disgusting”, Lucy said, flatly. “Pass me the bag, though, I’m so thirsty!”

But Richard didn’t have the bag. Somehow it had been left on the boat, and Richard wouldn’t take responsiblity for that, and so they argued, raising their voices in the baking air, and then storming apart, looking for shade and solitude.

The island wasn’t big, but Lucy seemed to walk an awfully long way before she came to a stone bench in the shade. An elderly lady was already sitting there, looking out over the water. When she saw Lucy she smiled, and patted the bench beside her, and Lucy accepted the invitation. She felt dusty and dehydrated, so she gratefully accepted the sticky peach juice, and even the rather dry biscuit that the lady offered.

“Are you here for the day?” Lucy asked, making conversation.

“Ah, no, I live here” the lady replied. Lucy looked round, nonplussed. There was no sign of any kind of house. She must be a caretaker of some kind, Lucy decided. After that, she must have fallen asleep. It was terribly hot.

She didn’t wake up until the cypress shadows had lengthened, and the sun was low in the sky. She seemed to hear someone calling her name, but very distantly, as if in a dream. She saw a little boat pulling away from the jetty, but it held no meaning for her.

“Where am I?” she murmured to the old lady who stroked her hair gently off her face.

“You are home, my darling, home”, came the whispered reply.

Poor old Lucy. I think she only fancied a bit of light shopping. Anyhow, this is for Jane Dougherty, who gives us this rather gloomy picture as a prompt. 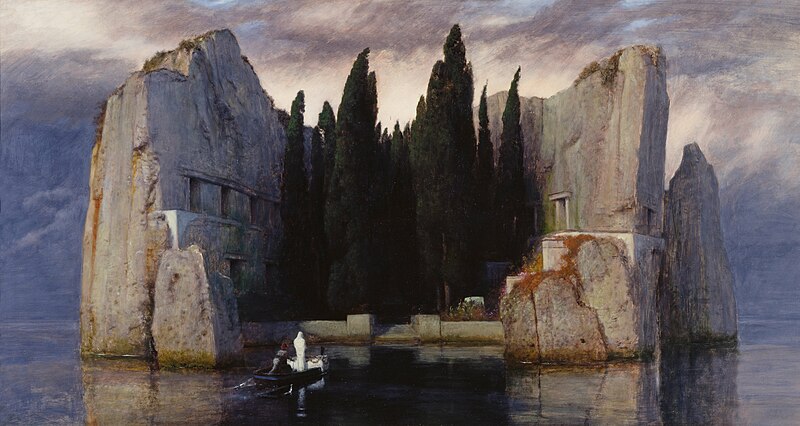 All of that anticipating
Nine months waiting
Fell into place:
I saw your face

Children of imagination,
Expectation,
Faded away –
You came to stay.

This is for Grace at dVerse, who prompts us to write about first times. I think this is the first time I’ve done a form for a dVerse prompt (!) – it’s a minute poem. I struggle not to sound like Dr Seuss when I do these, but there you go.

There are things
I’ve never done,
and this is one –
so I watch you
crouching among
rounded stones
and the sound of
water lapping –
low sounds, I think –
hands flashing, then
cupping, nursing that
tiny spark, clear flame
licking, lapping,
in the winter air.

Another spark quadrille for dVerse. One of the great joys of motherhood for me is watching my children do things I have never done, seeing them grow beyond me. It is always so exciting.

That small spark
That battles in me
Is not dulled, though it swings
Into the far dark, empty, cold
Comet orbit spiraling, scrawls
Dragon tail, phoenix feather, angel sword
All the great fires
Bursting, blossoming
Out of myth,
Stars flowering in
The smallest crevices.

44 words make up a quadrille. This time it’s for De at dVerse, who wants to spark our creativity and encourage sparkling poems, with sparks flying and sparklers whirling.

So, you’ll have heard plenty of stories from the island now. It’s a shame my mother isn’t still with us, she had a fund of stories. To hear her talk, the island was a dangerous place in past times, what with fairies in the hills and sea-folk down by the shore.

This is a story she swore was true. When she was a young girl, 16 or so, her best friend was Jeannie. Jeannie was the prettiest girl on the island, and maybe would have been the prettiest girl on the mainland, too, if she’d ever gone there. The two girls would often walk down by the shore, and out to the little headland where the sea-pinks grow. They would sit and talk, like girls do, about the man they’d marry and the lives they’d lead.

Only didn’t one of the sea-folk fall in love with Jeannie, for her yellow hair and her blue eyes? He’d stick his head out of the water and call to her:

“Come and be my bride, Jeannie, I’m dying for love of you!”

“Come and be my bride, and be queen of the sea folk!”

“I will drape you in pearls and crown you with white lilies, and you’ll never have to work again!”

And Jeannie would tell him to be off, her mother was waiting for her back home.

Still he called, and still she went to be called to, until he told her one day he had a magic pearl she could pop under her tongue, so she could breathe under the water.

Well, Jeannie waded out to him. My mother swears she watched her, and saw the Sea King pop something small and shiny into her mouth before they disappeared. My mother ran back  to the house, shouting and wailing, but there was nothing to be done.

Of course, nobody knows what happened next, but not a soul saw Jeannie for seven days. And then her poor body washed up on the strand, all crowned in white lilies, and draped in pearls. He’d told the truth about that. But my mother said everyone that saw her whispered she could only have drowned that day, and not before, so where she’d been and what had happened, I couldn’t say.

They buried her in her crown of lilies. I don’t know what happened to the pearls. If you go to the graveyard, out by Steadman’s place, you’ll see the grave. White lilies flower there every year.

This is a short (not quite micro) story for Jane Dougherty, who offers this beautiful prompt, a painting by John Bauer. The italics in the story are the adjustment I made at Jane’s suggestion. She’s always worth listening to…

Winter’s cold fingers are almost touching the city, and the guy who sleeps under the flyover is carrying an extra blanket. I try not to look as I walk past, pulling my coat around me. As the sun sets, streetlights glow brighter than stars, shop windows shine clearer than the moon. Each puddle holds a shard of city, a kaleidoscope of lights shine at my feet. There’s a couple already drinking outside a bar – I watch him light her cigarette, see how they laugh together, but I don’t stop. My feet beat in the commuter’s rhythm now. I’m in a hurry, stopping at the convenience store for bread and milk, a pizza and a bottle of wine. I want to get home, out of the wind that’s rolling down the street, and the rain that’s just starting. It’s been a long day, but the city will be up all night, drinking and dancing and carrying on without me.

Dance through the  puddles.

This is a slightly less traditional haibun than usual, because Bjorn at dVerse is a bit of rebel…He’s asked for something that captures the city, in all its sleazy, neon glory. If you head over there you can knock back a Cosmopolitan and try a haibun out for yourself.

My people have always lived on the island. This is a story told to me by my grandmother, who was told it by her mother. It concerns my great-grand-uncle, Padraig.

One Sunday morning, when he was quite a young man, he went down the the strand to look for pickings after a storm. He came across a young girl, not from the island, all alone and crying. She was quite naked, and cold, so he gave her his coat. He tried to coax her off the strand, but she wouldn’t go. He ran for his parents, and by the time they got back to the girl she had fainted away. Padraig and his father carried her up to the house, his mother calling out for help all the way.

She stayed in house three days and three nights. She wouldn’t talk at all, and wouldn’t eat, only the mackeral heads that the mother was throwing away, and she ate them raw. On the fourth day, she left, still saying nothing. Nobody saw her go, and nobody knew where she went.

That’s the whole story, as I heard it.

This is for Jane Dougherty’s microfiction challenge. The image is by Olav Johan Andreasson.

1. Your marvellous smile, like a spotlight, like sunshine,
That lights up the room, and my heart, and the world.
2. The look on your face when you first tasted chocolate
Your eyes opened wide, like you’d fallen in love.
3. The times when we laugh like we’re both 10 years old,
and the way that you get me when I’m being daft
4. All of the times that you spotted things first,
You use your eyes well, you’ve learned how to look
5. The times that you laugh at yourself
Knowing you’re crazy and doing it anyway.
6. The way you use words, those poems you write,
the fact that I don’t think you know quite
how brilliant they are
7. The times when you suddenly make up your mind,
and the glint that you get in your eye when you wind
yourself up to it.
8. The moments of quiet, when you lean up against me,
There’s no-one as comfy and cosy as you
9. The way that you look at the world, and you want to know more.
10. The fact that you see the injustice I’ve learned to ignore
And you want to know why.
11. The sigh that you heave when I ask you to tidy your room,
and I know that I’m cruel, but I also remember
12. The sigh that you heave when you’ve finished
and know you’ve done well.
13. The times when you’re terribly sensible, holding
The world in your practical hands
14. The times when you’re clowning around, when you dance round
The room, or blow bubbles, or double up laughing.
15. And the fact that I know I can trust you to always be you.
.

Walt asks to celebrate at dVerse. In the middle of all the celebrations he describes, my daughter had her birthday, so this is for her. I’m concentrating on the delightful, wonderful, amazing, life-affirming side of teenagers here.

I pinned you down
Against the sky,
Tumbling in and out
Of clouds, like
Rainbows, like
Shafts of sunlight
Pointing, yes,
All the buttercups
We crushed,
How I rapture captured
You trapped in the
Scent of rain
Chained in daisies
Wrapped in my breath.

It’s a cloudy night at dVerse, and I’m rolling out clouds for Kim.