“Did you hear that?”

“Oh, I don’t know. It’s so silly. I seem to hear it every night. There’s a rustling noise, and then a gasp. The first time I heard it I thought someone was climbing the trellis. I actually went to the window and looked out, but there was nothing there. Perhaps I’m going a little mad!”

The spirt of Lady Casabella stood at the casement gazing down. Her lover, Sir Montacute, had been so close. Just as their fingers had touched, he’d slipped and fallen. She reached for him in desperation, but to no avail. He fell silently, mindful of her honour, his eyes fixed on hers.

Casabella watched him fall, and waited to hear her husband’s footsteps behind her. Tonight, as every night, he would rush to the window, and see the broken body far below. He would turn to her, knife in hand, and thrust the blade – once, twice, thrice – into her bosom, and then stand over her as she bled to death.

Night after night she endured this. Night after night, dimly aware that the castle had changed around her, that people came and went, seasons passed. This was the price she paid for her dream of freedom. 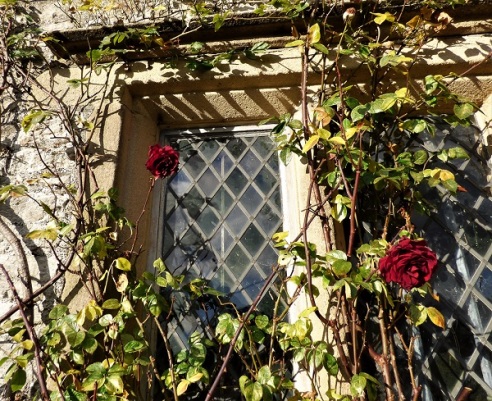 13 thoughts on “The window”